Conex Bänninger is a leading European plumbing fittings and valves manufacturer, supplying a wide range of innovative and versatile jointing solutions for customers in the domestic, commercial, industrial, HVAC and shipbuilding markets worldwide.

The Conex Bänninger >B< Press range culminates a long tradition of innovation and manufacturing excellence, backed by a reputation for quality, first-class customer service and unrivalled expertise.

Conex Bänninger have been producing quality fittings since 1909, when in Giessen, Germany a company called Bänninger started manufacturing iron fittings. Ten years later saw the founding of Conex Sanbra in West Bromwich, United Kingdom and a year later, the >B< mark was introduced.

Over the next 50 years, Germany became the only red brass producer in Europe, Conex compression fittings were launched and the unique Conex Ribnut was developed and trademarked. The Triflow solder ring range was launched and in 1983 the forerunner of >B< Press fittings were developed. In 1994, the ever-growing ranges of product brands were merged into one, Conex Bänninger under the IBP Group.

Innovation continued with the introduction of Copper Pushfit, >B< Press and Red brass. This was closely followed by the launch of the >B< Oyster range, >B< Press Pressing Indicator, >B< Flex and, >B< Press solar and Conex Push Fit range.

Today, Conex Banninger, as part of the IBP Group is head-quartered in the UK with European production facilities serving commercial offices across the globe and employing 850 people.

Conex Bänninger is an ISO 9000 quality assured company, which assures you the very best in quality.

Conex Bänninger are working closely with Reece to bring to you an estensive range of Press plumbing fittings.

Conex Bänninger >B< Press is a versatile press fitting system for use with hard, half hard or soft copper tube providing a secure, life long, leak-proof joint.

Approved Tools - The following tools are approved tools for installation of >B< Press fittings: 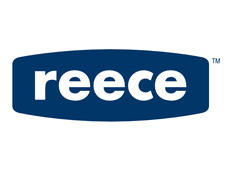